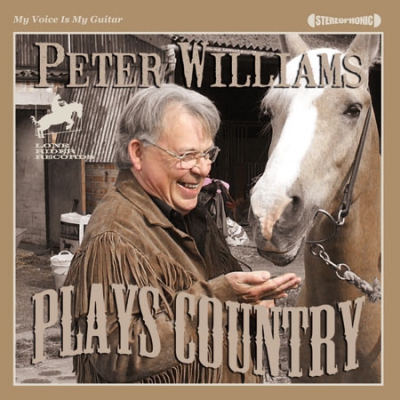 I finally got around to recording my first country album, and the songs that I have covered are among my all time favourites. I do hope you enjoy my guitar instrumental versions of these wonderful songs. There are 19 tracks on this CD, including 2 bonus tracks, with a total running time of nearly 74 minutes of music. The choice of music here makes it obvious that I have been inspired by some of the world’s greatest country music stars, including  Willie Nelson, Elvis Presley, Bobby Bare, The Highwaymen, Charlie Landsborough, James Taylor, Bob Dylan, Burl Ives, Dicky Rock, Crystal Gale, The Eagles & Olivia Newton-John. On two tracks ‘The Water Is Wide’ & ‘Hallelujah’, I had a guest musician – Alan Laws – who did some fine finger picking on the acoustic guitar. All the piano playing on this album has been by Dean Clout, a great musician and a good friend. I decided to use ‘The City Of New Orleans’ as the opening track, as this one has always been a favourite of mine. When it comes on the radio when you are driving, you just want to open the windows, turn up the volume and put your foot down on the peddle. I concluded the album with ‘You Gave Me A Mountain’, which is one of the most moving songs I have ever heard. I would love to cover some of Elvis’ spiritual songs on a future album. The final track on the CD, which is the second of the bonus tracks is ‘Pachelbel’s Canon’. It has absolutely nothing to do with country music, but as I had recorded it, and would like you to hear it, I thought a nice classical piece of music to finish off with.
I would like to add a BIG thank you to all my fans who buy and enjoy my music, and I will keep the albums coming if you keep buying them.
Peter Williams © 2012

Stonking material by a finely tuned picker
With a broad variety of albums released over his extensive career, Peter Williams provides us with a nineteen-track record in which his guitar playing is much envied and widely applauded. A strictly instrumental collection, the guitar is very much at the forefront with each tune played with ease and professionalism, this reflects that Peter knows these tunes like the back of his hand. A diverse range of tracks included ranging from Blowin’ In The Wind to Pachelbel’s Canon but the one song which really stood out is Lyin’ Eyes. As much as you try not to, it proves very difficult to stop yourself from singing along to this as any serious music fan should know the lyrics. The tune itself is so good that it flies by with Peter’s exceptional talent. With albums released frequently, this extraordinary guitarist is bound to find both radio and commercial success with the extensive tracks found on this latest one.
Russell Hill